Warning: Use of undefined constant is_single - assumed 'is_single' (this will throw an Error in a future version of PHP) in /home/clients/0e6e01f1f74ae11062732d036155bc51/web/Nepal_trek/wp-content/themes/motif-wpcom/content.php on line 16

Warning: Use of undefined constant is_single - assumed 'is_single' (this will throw an Error in a future version of PHP) in /home/clients/0e6e01f1f74ae11062732d036155bc51/web/Nepal_trek/wp-content/themes/motif-wpcom/content.php on line 44 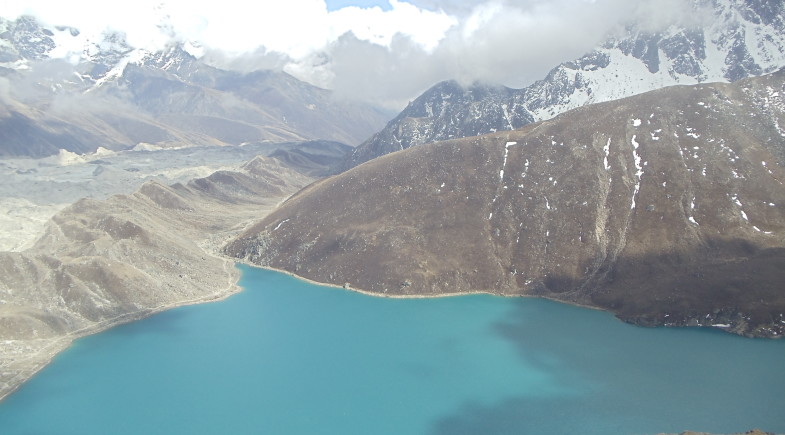 Tyangboche Family Trekking allows the discovery of the Khumbu region and of Mt. Everest, as Solukhumbu is famous for its vicinity with the world’s highest mountain, as well as for its Sherpa villages, Sherpa people’s tradition and culture, among which are the Khumbu famous buddhist monasteries.
The trail to the Everest base camp follows the ancient Everest route that crosses many tiny Sherpa villages, goes through high mountain passes and follows remote valleys where the monasteries are found. The panoramic views are even more spectacular as trekkers venture up the Dudhkoshi River to Namche Bazaar, the place, at 3440 m, from which the Everest region trek or the Khumbu region trek start . From there, voyagers stop at least one night  at the Thyangboche monastery, at 3870 m, where they enjoy spectacular views of the Thame valley, of Mt. Ama Dablam, Mt. Everest, Towache Peak,  of Mt. Lhotse and of many more others.

ItineraryService IncludesService ExcludesTrip Facts
Day01: Arrival in Kathmandu, transfer to hotel by Glacier Family Treks,
Day02: Sightseeing in Kathmandu valley or activity as per program, O/N in hotel.
Day03: Flight from Kathmandu to Lukla (2827m), 25 minutes,  trek to Phakding (2600m), 3 hours, O/N in lodge
Day04: Trek to Namche Bazaar (3440m) through Jorsalle village (2805m), 6 hours.
Day05: Day off for acclimatization in Namche Bazaar or Excursion to the Everest View hotel, to Khujung and Khunde villages, view of Khunde Peak, back to Namche-Bazaar, in the same lodge.
Day06: Trek to Phorche Village (366m) via Phunki Thanga (3200m), 5 hours
Day07: Trek to Tyangbocge (3870m) via Pangboche, 3 hours
Day08: Trek to Namche Bazaar, 3 hours
Day09: Trek to Phakding, 5 hours
Day10: Trek to Lukla, 3 hours, O/N in hotel
Day11: Free day at your own or some activities as per itinerary and contract.
Day12: Final departure from Kathmandu for your further destination.

Trekking highlights: discovery of Kathmandu at arrival and  transfer to hotel. Flight to Lukla with  awesome mountain views of Khumbu and Himalaya, walk from Lukla at first through Tamang village ( one of the regional ethnic group), heading to Namche Bazaar through Phakding village,  hiking to Khunde and Khumjung villages for stunning mountain views from the Everest View Hotel. Discovery of Tyangboche.Treks ends at Lukla.

Warning: count(): Parameter must be an array or an object that implements Countable in /home/clients/0e6e01f1f74ae11062732d036155bc51/web/Nepal_trek/wp-content/plugins/list-sub-pages/plugin_list_subpages.php on line 288

We are Affiliated with :